Clarion was founded by Robin Scott Wilson in 1968 at Clarion State College (now Clarion University) in Pennsylvania. Wilson built his system partly on the tradition of mutual criticism in use at the Milford Science Fiction Writers’ Conference, a workshop for professional SF writers established by Damon Knight and Kate Wilhelm (who helped Wilson with Clarion as well).

From 1972 through 2006, Clarion was hosted by Michigan State University in East Lansing, Michigan. In 2007 Clarion relocated to the beautiful beachside campus of the University of California, San Diego, where the workshop enjoys broad-based faculty, administrative, and financial support under the Clarion Faculty Director Shelley Streeby, Professor of Literature and Ethnic Studies. 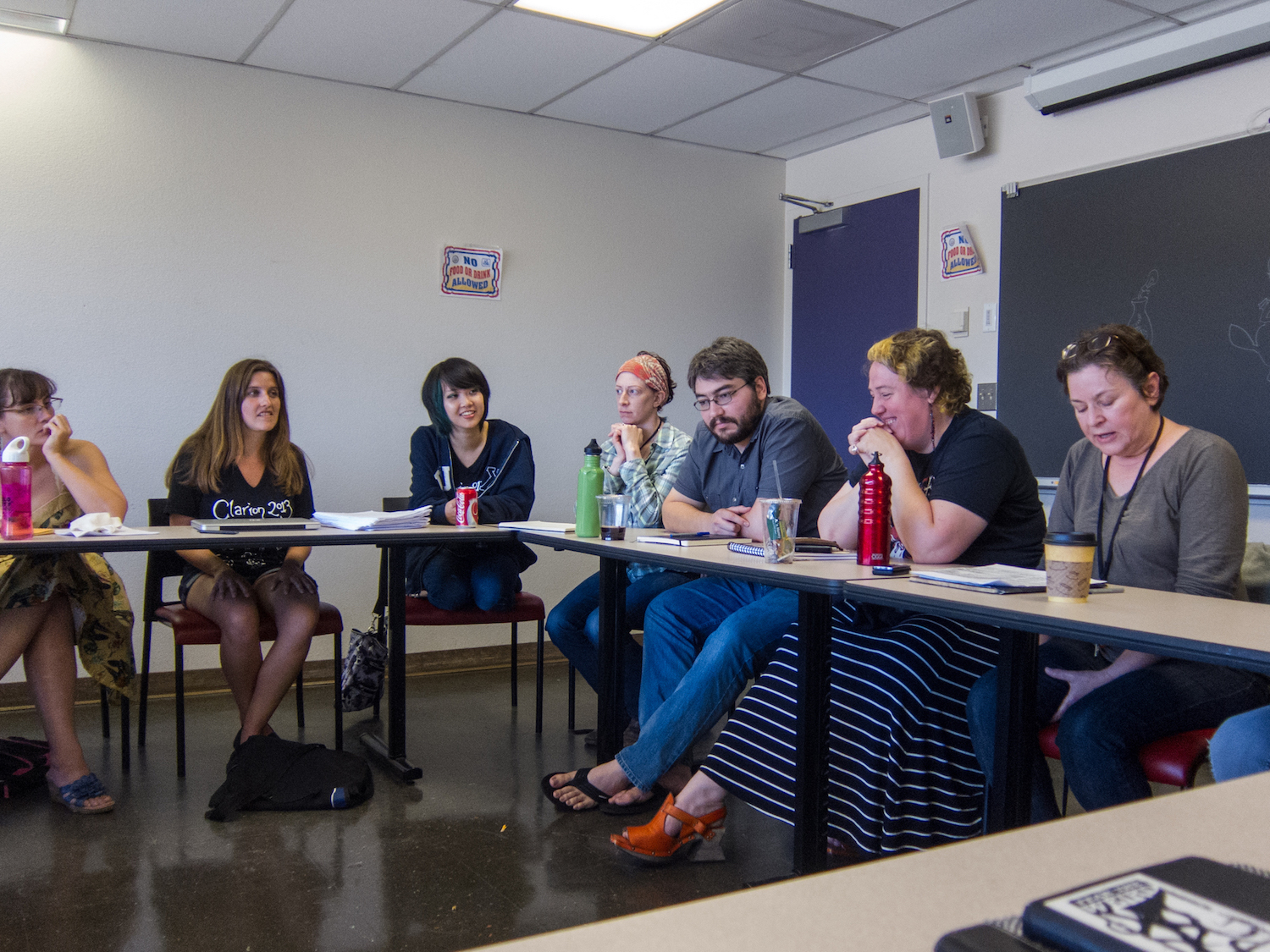 Clarion is an intensive six-week summer program focused on fundamentals particular to the writing of science fiction and fantasy short stories. It is considered a premier proving and training ground for aspiring writers of science fiction, fantasy, and horror. Instructors are among the most respected writers and editors working in the field today. Over one third of our graduates have been published and many have gone on to critical acclaim. The list of distinguished Clarion alumni includes Ed Bryant, Octavia Butler, Bob Crais, Cory Doctorow, George Alec Effinger, Nalo Hopkinson, James Patrick Kelly, Vonda McIntyre, Kim Stanley Robinson, Martha Soukup, Kelly Link, Bruce Sterling, and many others.

Clarion participants are selected from applicants who have the potential for highly successful writing careers and who submit writing samples with an application. Some have already been published. Though most come from the United States, students from countries worldwide frequently participate. Clarion students range in age from late teens to those in mid-career, and represent a wide variety of academic and working backgrounds.

A different professional writer or editor conducts the workshop during each of the first four weeks. The last two weeks are run by a two-writer anchor team. Faculty Director Shelley Streeby meets with students throughout the six weeks of the program. Workshoppers are housed in college apartments, and classes are held in seminar facilities. The resident writers live nearby and are continuously available to students. Mornings are devoted to critiquing manuscripts in a workshop setting. Afternoons, evenings, and weekends are devoted to individual writing, conferences with the current writer-in-residence, social activities, and the completion of class assignments.

Two other Clarion workshops have sprung from the original: Clarion South in Australia and Clarion West in Seattle, Washington. Founded by Clarion alumni, the workshops follow the Clarion model but are independently run. Applicants are encouraged to apply concurrently to Clarion and Clarion West, which operate on similar schedules.